German Chocolate Cake for MY Valentine 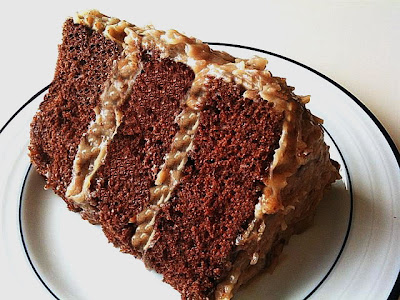 This cake is dreamy and sweet!
1/2 Cup Water
4 Ounces German Sweet Chocolate
1 Cup Butter, softened
2 Cups Sugar
4 Egg Yolks
1 Tsp Vanilla Extract
1 Cup Buttermilk*
2 1/2 Cups Cake Flour
1 Tsp Baking Soda
1/2 Tsp Salt
4 Egg Whites
1.  Preheat your oven to 350 degrees.
2.  Grease and flour three 9" round cake pans.
3.  Sift together the flour, baking soda and salt.
4.  In a small sauce pan, heat your water and the four ounces of chocolate until it's melted; remove from the heat and allow the chocolate mixture to cool.
5.  In a large bowl, cream the butter, sugar until it is fluffy.  One at a time add the four egg yolks and then gradually add the melted chocolate mixture and vanilla extract.
6.  Beat in the flour mixture alternating between the buttermilk and ending with the flour.
7.  In another bowl beat the egg whites until the create stiff peaks.  Fold 1/3 of the whites into the batter then add the remaining until the cake looks like a chocolate cake mix.
8.  Pour equal amounts of the cake mixture into all three pans and bake for 30 minutes or until a toothpick come out clean.  Allow the cakes to cool in the pan and then turn the cakes unto a wire rack to cool further.
Coconut Frosting:
1 Cup Sugar
4 Egg Yolks
1 Cup Evaporated Milk
1/2  Cup Butter
1 Tsp Vanilla Extract
10 Ounces Coconut, grated
1/4 Cup Milk, warm
1.  In a double boiler add the sugar, egg yolks and evaporated milk. Stir with a wire whisk until the yolks are fully incorporated.  Add the butter.  Bring to a boiler and then turn the heat down and simmer for 12 to 15 minutes, stirring constantly until the mixture thickens.  Add the vanilla and the coconut.  Turn off the heat and let it cool.
2.  Place your cake on a cake stand or plate and lightly spread the frosting on the first layer.  Add the next layer and repeat the same process and again with the last layer.
*I didn't have any buttermilk on hand, so I used 1 Tbsp of white vinegar and placed it into a measuring cup and then added milk until it measured 1 cup.
Posted by Digital Papier at 2:31 AM 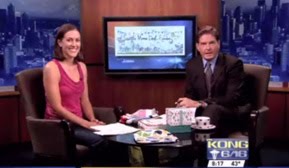 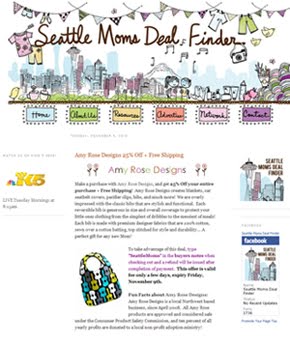 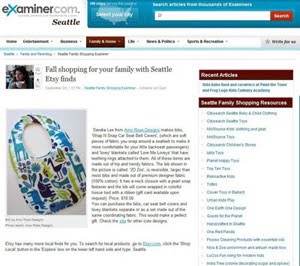